When I’m at work, I rarely pick up my phone. Too many robo-calls to begin with, and if someone really needs to reach me they can either text me or leave a voice mail. I only answer if I’m expecting a phone call or if it has a potential of being really important. For example, when I see a phone number from kids’ doctors, I pick up. And when I see a phone number originating at V’s school, I also pick up.

Several weeks ago, my phone went off and I recognized that it originated from V’s school.

V: “Hi Mom, it’s me. My pod got snagged during PE, so I came to the health office to change it, but my insulin is not here.”

Me:??? What do you mean it’s not there? It’s supposed to be in the fridge.

V: I know, but it’s not there. We looked everywhere. We tried to tape the pod down but it’s not working well.

V keeps a box with back-up pump supplies and a vial of insulin in the fridge in the health office in school because things happen. Pods fail sometimes, or they get ripped off. A brand-new vial of insulin was placed in the refrigerator. It was in the box. It had V’s name on it. Who would remove it and WHY?

I asked V to keep looking. This was around lunchtime. Me and my husband were both about 30 minutes away from school. That particular day I had a very busy schedule and could not leave work save a big emergency. I called my hubby and put him on standby, just in case.

V called back. The insulin was nowhere to be found. And lucky her, she’s the only diabetic at school right now, so they did not have anyone else’s insulin there either. V said that she thought the cannula was still in, and that she’d try to tape the pod again and make it work another few hours before school was over. We left at that, she gave herself a bolus, and I asked her to keep me posted.

In the next hour, her BG continued climb up – not an encouraging sign. V sent me a photo of her taped up pod and it was not pretty. Much as I did not want to admit game was over, it was sinking in. 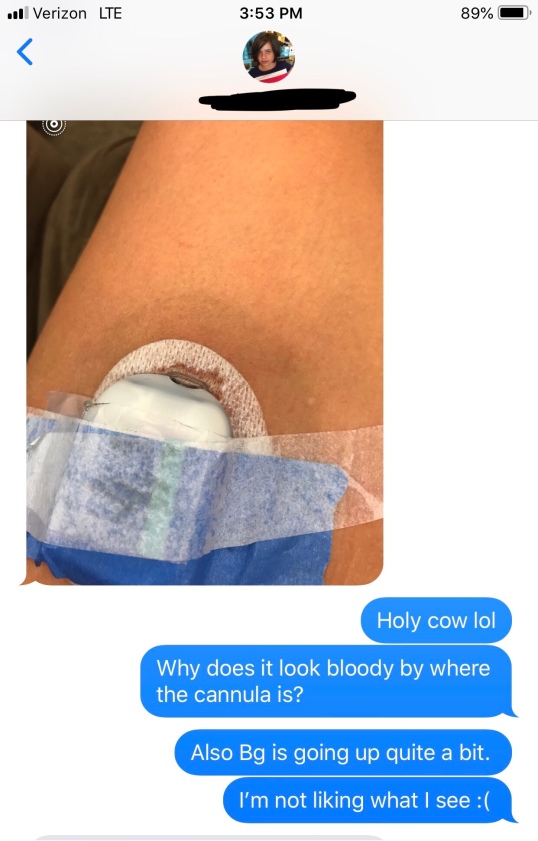 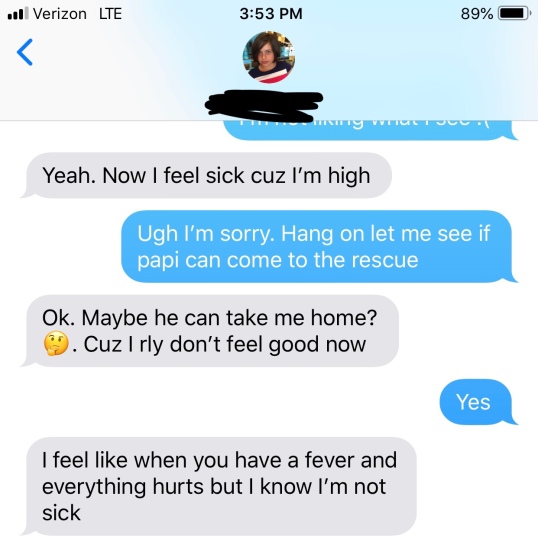 I called my hubby again. Luckily he was able to leave work early, picked V up from school and took her home. Needless to say we were upset. But it’s never happened before. And we really like and have a good relationship with the health tech. So a simple email was in order: 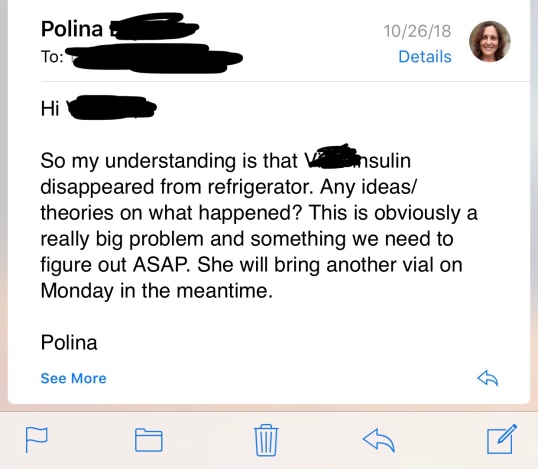 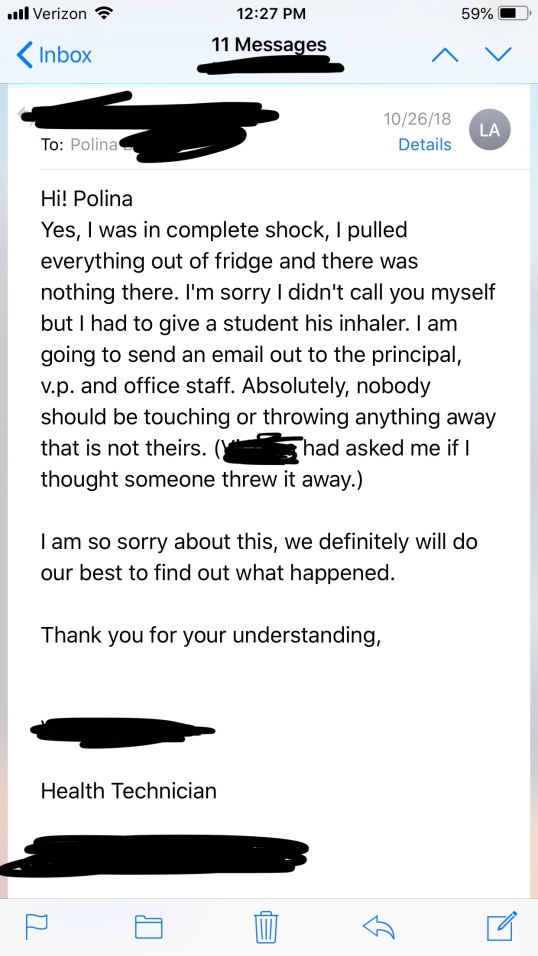 Good! I would want administration to know. 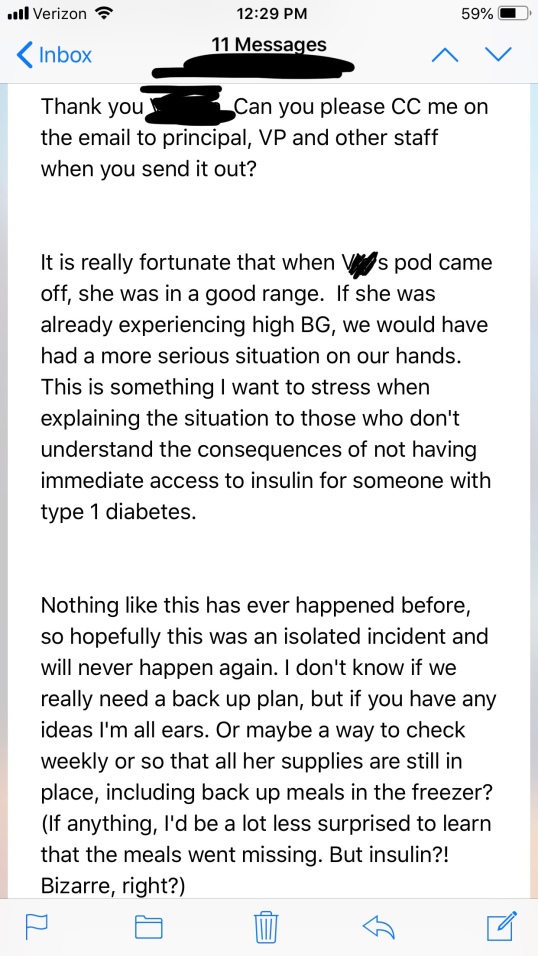 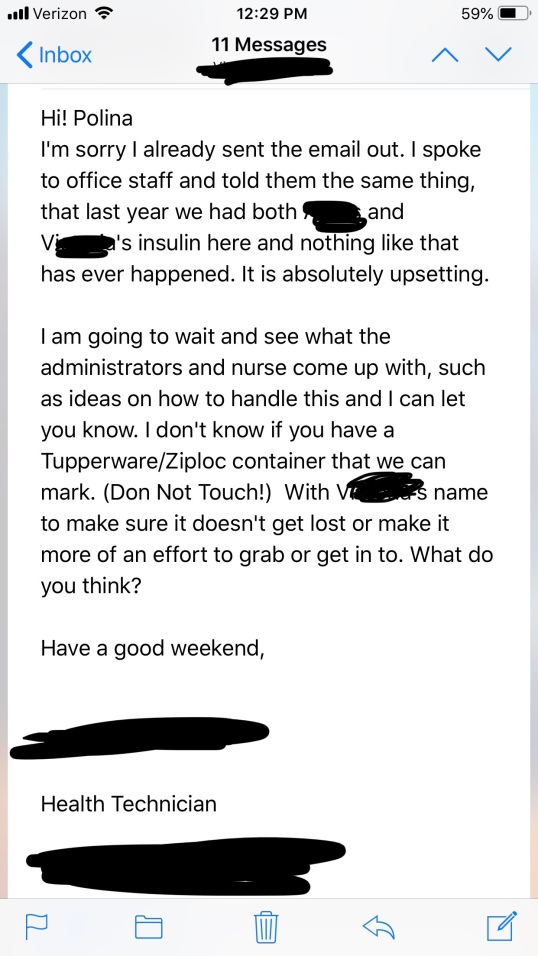 What do I think about putting a vial of insulin in a clearly marked container? Sure! This is what V delivered to health office on Monday. 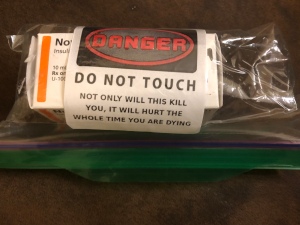 2 responses to “Dude, where’s my insulin?”